On 1st October 2014, six students from Year 11: Joey, Evanthe, Mei, Syafiq, Sabrina and myself took part in the National Maths Marathon (NMM) which was held in HELP Academy, Damansara Heights. We were accompanied by Mr. Alvin and two of our classmates Zainab and Reizo.

We departed from school at 8.40am and reached the venue at around 9.30am. We then registered our names to get our play number which was NOO37 and NOO36.

At 10.30am sharp, we were told to gather in the auditorium room along with competitors from other schools. There, we were briefed about what NMM is about and when and why it started. The rules and regulations during the test were presented too. 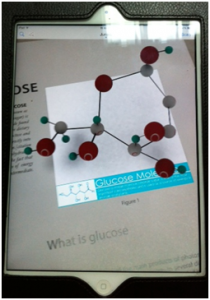 After that, all of the competitors were divided into 3 teams (Player 1, 2 and 3) which were then taken to the examination hall to take the test. The test took about 40 minutes. After that, we had a lunch break.

A while later, the six of us entered the Curie Lab to learn about 3D Augmented Reality (AR) in Science. AR can be defined as the interaction of superimposed graphics, audio and video that develops the understanding of science and the real world environment that is displayed in real-time.

We then proceed back to the auditorium hall for our results. Sadly, our team did not make it to the top three. The teams that did were invited on to the stage to take the final quiz to fight for 1st place, 1st runner-up and 2nd runner-up.

Finally, the prizes were given to the winners. We then head back to school around 4pm. Overall, it was a good experience for me.