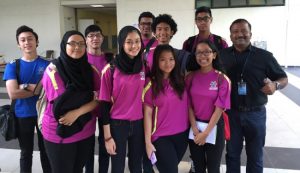 On the 12th of February 2015, the Year 11s of Asia Pacific International School, that takes English as a Second Language, had a trip to KLCC. (Thursday 12 February 2015) As a glorious yet educational day goes by, we end up at the famous water fountain outside the shopping complex and that’s where I learned how to interact and bond with people better as our mission suggested, especially with my group members. When interviewing people that walk around either the British Council or inside the shopping centre about English as a language and what it meant to them, we would need chemistry in our group to not scare the people that we are interviewing away but somehow make the topic interesting enough for them to stay and with my group we progressively worked on our chemistry as a group to talk to a broader society and have a variety of people giving their opinions on English and how it affects them. At the end of the day, we have become better at communicating with our fellow friends and teachers and are better at communicating skills because of this trip. 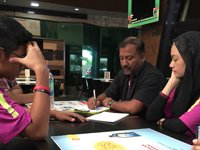 We had fun being around each other during the trip. We walked around KLCC together and had been exchanging stories to each other. This made us to know each other better. 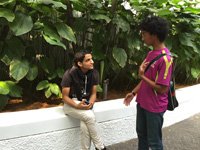 Besides that, we went to a famous bookstore in KLCC. We had also found some words that we had never seen before. We took it as an oppurtunity to take down the words that we did not recognize, and understand more about the world. We also took pictures at a famous fountain near British Council as a group.Finally was our Vocabulary Activity at Kinokuniya bookstation. We had a lot of fun and did not want the day to end.

I have to be honest to say that book activity at Kinokuniya was indeed challenging.Each person had to find at least 25 unknown words within 30 minutes.I think it’s great – we are now rich in vocabulary!